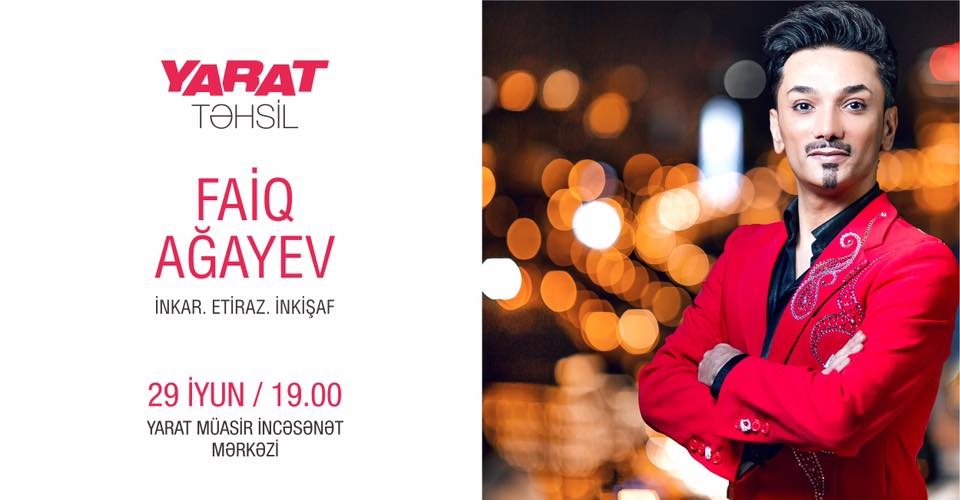 Dear friends,
On June 29th, you’re kindly invited to talk by a People’s artist of Azerbaijan Republic, the member of the National Jury of the International Eurovision Contest in 2013 and 2015, a prominent pop singer Faig Agayev.
The subject of the evening our guest has defined as Rejection. Revolt. Progress.

Throughout his career Faig Agayev has given more than 140 solo concerts, which won him the unofficial title of “Mr. Golden Hit” (Mr.Chartbuster/Mr. Evergreen).
On January 9-13, 2007, he delivered five solo concerts in a row becoming a record breaker in the history of Azerbaijani show business.