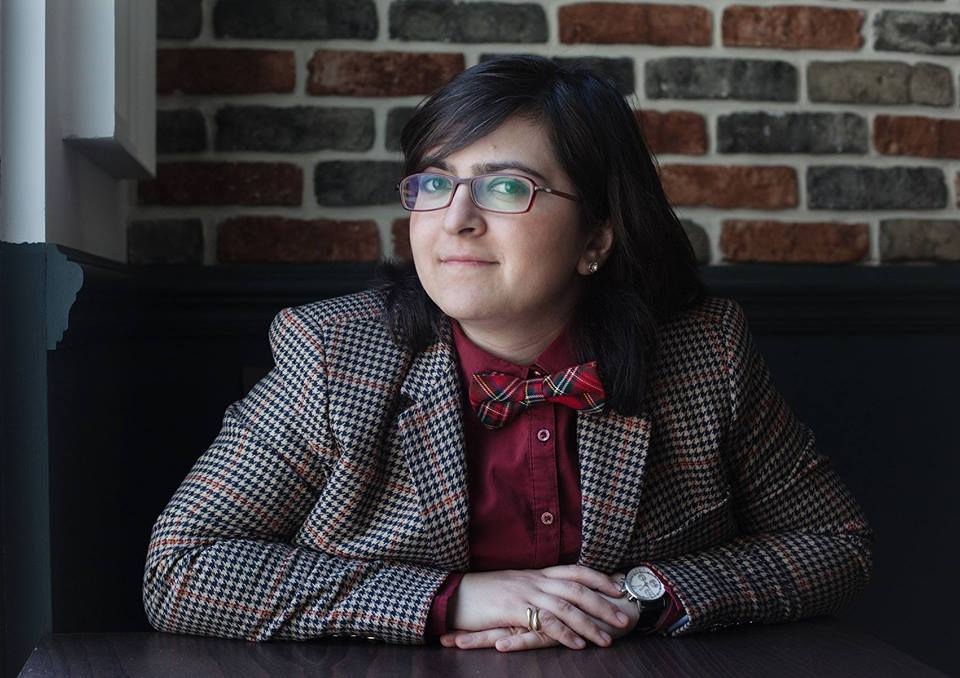 For our next literature evening we will be hosting Leyli Salayeva who writes contemporary poetry in English. During the evening she will present us a performance titled Seven that will be performed by ADO theatre actress – Elsa Furtado. The performance is revealing love story of a woman in Baku through the contemporary poetry. For the performance will be used 7 poems from Leyli Salayeva’s book Youtopia (that received Honorable Mention at London Book Festival) to unfold the story. After the performance there will be discussion and question & answer session, where you will have a chance to meet the writer and address your questions.

Leyli Salayeva (b.1985) is an Azerbaijani who writes contemporary poetry in English. She is a member of the Union of Azerbaijan Writers and a member of the Poetry Society in the United Kingdom. Her first poetry book, Twelve Thirteen, was released in 2014 and her second poetry book, Youtopia, was published in 2016. She is also the author of the children’s book Dilber and Her Spoonful Journey. Her poems and articles have been published on the website of Culture & Creativity EU-European Partnership Program, UK and USA webzines. Her second poetry book Youtopia received Honorable Mention at 2016 London Book Festival. Her book for kids Dilber and Her Spoonful Journey won second place in the XIII International Competition among The Commonwealth of Independent States (CIS) Countries “Art of the book”.

Leyli Salayeva lives in Baku, Azerbaijan. She finds her inspiration in music and people and uses her poems as a medium for expressing beliefs and sharing emotional experiences.
Born in Bordeaux, France, Elsa Furtado has studied acting in Paris and in Moscow as well as translation (Russian-French/ French-Russian) and publishing business in the department of Slavic studies in Sorbonne University, Paris. Working in the cultural sphere in France and in Russia and focused on the international cultural cooperation, she has been working as an actress for a while in Paris and developed several collaboration projects with Russian theatre companies and cultural actors.
Then she has been working for three years in Baku, Azerbaijan, where she was in charge of the cultural mission and PR communication during two years at the French Institute and the French Embassy in Baku and event manager at the European Union Delegation to Azerbaijan in the framework of the annual cultural event “EuroVillage”. Since 2015, she participates in the ADO Theatre – Collective cultural and artistic projects.