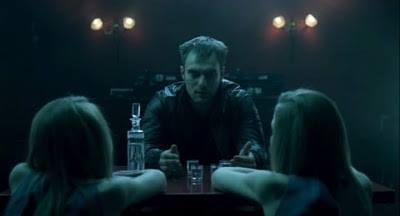 YARAT Film Club is happy to host a screening of “Gust of Wind”, a 2009 short film by Ekaterina Telegina.

There are some days that, like a gust of wind, will suddenly upend your entire life – for better or worse.

Ekaterina Telegina is a film director and actress who was born in Omsk and graduated from the faculty of Art and Culture at Omsk State Humanitarian University named after F.M. Dostoyevski. In 2004, she graduated from Internews School of Film and Television.
In 2009, she graduated from film directing department of Russian State Institute of Cinematography (a class led by V. Hotinenko and V. Fenchenko). Ekaterina has directed films like «Fir trees-3» (2013), «A habit of breaking-up» (2013), «A mind blowing trip» (2016).

A film will be shown in Russian with English subtitles.